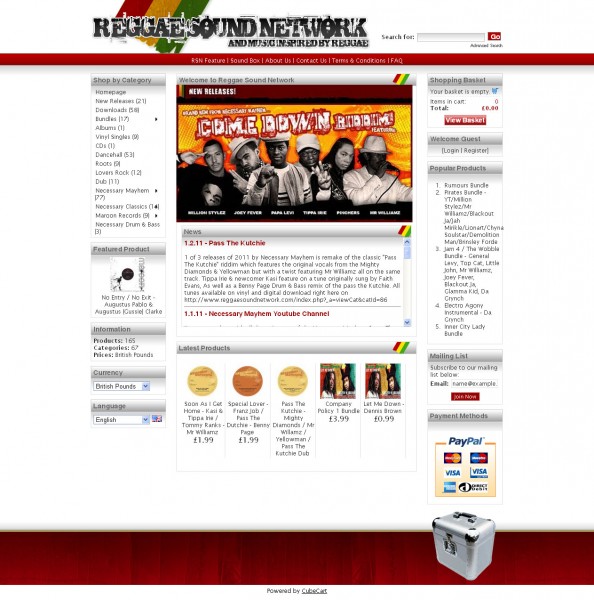 The online store for http://www.reggaesoundnetwork.com headed by Curtis Lynch Jnr has just been finished and I’m very proud to be part of it.  It’s a full online store offering WAVs as well as MP3s.

Curtis Lynch Jnr has been producing and writing music seemingly all his life with a string of credits that read like the international whose who of reggae music including credits with the likes of Beenieman, Mr. Vegas, Collie Buddz, Elephant Man, Sly & Robbie – all top ten artists / producers who have helped forge one of the most talked about producers of our generation. He has also achieved production work on the worldwide double platinum Gorillaz album to go along with production credits with Jamie Foxx and Alica Keys.